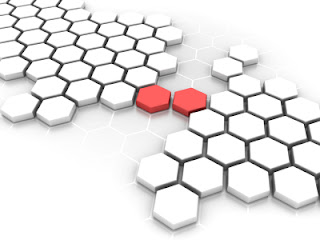 The first event I spoke at was the BC Information Summit held by the BC Freedom of Information and Privacy Association (FIPA).  FIPA is a non-partisan, non-profit society founded in 1991 to promote and defend freedom of information and privacy rights in Canada.  The event focused on open data and Government 2.0 as well as current privacy issues arising out of current provincial IT efforts.  I believe some of the conference was captured on video.  If I find out where it's posted I will let folks know here.

Many interesting topics were discussed but the two that resonated most with me with respect to open data were, 1) that open data stands on the shoulders of many people who have worked hard for us to have the right to access government records; and 2) open data is no substitute for FOI.  In other words, while open data represents a significant opportunity and can and will save money by governments being proactive in making public data available readily available, the right to access records held by our governments is a fundamental right and we should promote and exercise that right.

It's with some embarrassment that I admit I have never filed an Freedom of Information (FOI) request to access public information.  This is a fundamental thing to be able to do in a free and democratic society and I live in a free society and I haven't used that right, not because I haven't wanted to, but partly because of what I perceive as the work involved and partly because I have somehow thought that it's wasteful for me to do.  Like my questions are not important enough or generally applicable enough to exercise this right.  That's just not true.

With respect to the BC provincial government we have the option to ask for data to be released as open data via the Data BC site, but additionally, if we just want access to some data we have the right to make an FOI request for datasets.  Of course data obtained this way will not fall under the BC Open Government License, but for some public data that may be sufficient for now.  The folks releasing data have limited resources and are prioritizing releases of data the best they can with the resources available.  FOI is one more way we can help figure out what's important.

I see the Freedom of Information community and the Open Data community as having little overlap so far in terms of people and membership, yet much in common in terms of interest and opportunities.  I will be looking for ways for the two communities to complement each other and help our public servants with their open data efforts.

I will also be filing an FOI request sometime in the near future to learn more about how it works.
Posted by Unknown at 12:02 PM

Having gone through your website I am sure that you are good enough. I have checked that authenticity of your information is high. I want to get an A in my international economics and I believe you are the right economics assignment help expert to guide me in that.
I used Quicken earlier and after I came across the concept of Quickbooks, I converting quicken to quickbooks and started my finance management with Quickbooks.

QuickBooks has been designed to make the -flow of accounting painless and hassle-free. However, this software is also prone to technical issues quickbooks update error 15227

virtual bookkeeping is the best way to maintain all finance work manage in the company.