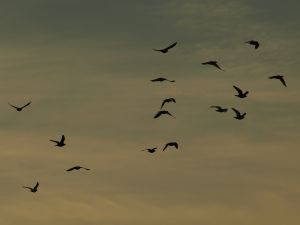 As more and more governments start to realize the benefits of opening up their data, sometimes I hear chatter about enterprise solutions and though I understand the logic of hitching the wagon the the latest thing, I think there is a lot to gain by taking a strategic and pragmatic view of things. Open Data does not have to be an expensive exercise. In fact it can be very inexpensive from the data publisher's point of view.

There are three main requirements that have to be satisfied before data is considered "open data". They are:

1. Legal Framework - Anyone can use it for any legal purpose (PDDL or CC0 license)
2. Accessible - I can download it on the internet free of any mechanisms of control
3. Readable - it's published in a non-proprietary format

Of these three, the first requirement is most important and costs the least. And, in fact, without the first one there is really no point in doing the other two. If it's not legal for me to use the data then it doesn't matter what format it's in or whether I can get my hands on it... I won't use it.

The great thing is though that governments in some cases have already done the other two steps so the Legal Framework is all that's left to do. And, if they do that, then instantly and without any expensive technology, a raft of published data becomes "Open Data", ready to use.

For example, the City of Courtenay publishes a great RSS feed of "Surplus Equipment for Sale" but nowhere on their site does it say that I can use it. It's both accessible and readable so it's satisfying two of the three requirements but the first requirement isn't met so developers would likely shy away from using it. That's too bad because an app that went around and gathered up this type of information from all local governments and made it available as an mobile app would be pretty cool and would help the local governments sell their surplus equipment.

The BC Government on the other hand has this page which looks pretty much what it looked like over 10 years ago, and pages like this that basically say you can't use this data to make anything.

Here again, there are many examples of data that is both accessible and readable, but because of these pages, we can't use it. And that's unfortunate for both the government organizations that could benefit from the huge talent pool outside of government and for the citizens who pay for the data.

The good news is that governments already have a large amount of data online, and by getting the legal framework sorted out, citizens will instantly be able to use it to create innovative solutions and tools to help themselves and others.
Posted by Unknown at 5:16 PM No comments: