I love music. I love listening to it, and I love creating it. 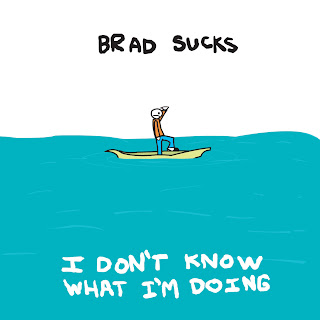 I used to buy Vinyl records, then switched to CDs and now I buy mostly online. I have created mp3 files of most of my CDs so I can listen to them in one big huge playlist without ever putting in a CD.

A couple of months ago, Google invited me to use their new Google Music Beta. It's awesome. With it I can easily place all of my music on their servers and then access that music from any of my computers or Android devices.

But I haven't done that. Why? Because the record companies have been attacking people use the internet to enjoy music. And, while I don't think it breaks any laws to use Google Music Beta, I am not 100% sure. Even if it's 100% legal today, with the music industry lobbying governments and influencing law makers and suing students, and now getting the laws changed so that ISPs are required to spy on us, it's not inconceivable that they could convince law makers to make my uploading of music to Google Plus illegal, retroactively. And since once I upload music, there is really no way to make sure it's removed from wherever I upload it, uploading is an action that I can't really undo.

It seems more and more that the vast majority of digital music that I have purchased thus far is becoming legally incompatible with internet technologies and it's actually becoming increasingly risky to own it at all. My iTunes purchases have declined as I have become more aware of the associated risks of owning music that's incompatible with the internet.

Just like driving a horse and buggy on a modern freeway today would be considered dangerous, using music locked into outdated copyright schemes that prohibit uploading on something designed for uploading and downloading is dangerous.

Some of the music I own, however, is compatible with the internet. Bands such as The Charlatans, Radiohead, Nine Inch Nails, and others have been making their music available for free on the internet for some time.

I have also recently (re-)discovered Jamendo which is a music site that contains 300,000+ songs from all over the world and in all genres, all of which are available for downloading and can be uploaded and shared freely with others using the Creative Commons license.

With Jamendo I have discovered some new music that I am totally hooked on, such as the fantastic Canadian artist Brad Sucks, who you can currently find me listening to most days.

Since the internet is all about sharing, I am starting to call this new music, "internet ready". I can upload it to Google Music Beta without worrying about any scary legal incompatibilities down the road, and I can share it with Friends.

Incidentally, I still pay for much of this "free" music. Usually $20 an album. I like that the whole $20 goes to the artists because I want them to be able to continue to create great music. But mostly, it's worth more to me than the risky legacy "recording industry" music because it's internet compatible and as such I am free do so much more with it.