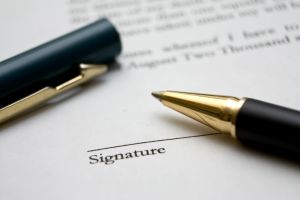 I am not a lawyer, and I do not give legal advice. I am a developer who uses open data on a regular basis and as such I spend a lot of time, but probably not nearly as much as I should, trying to understand open data licenses and terms of use that governments post on their open data portals.

The whole point of open data is to liberate data so it can be used. An organization's open data strategy then should be working toward that end result, encouraging and making it as easy as possible for people to use the data.

One of the first things that developers think about when contemplating writing an application using government data is, "am I going to get in trouble". This question, however absurd it may seem is very real to developers. If developers think they are going to get into some sort of trouble using a data source they will usually not create the app, which means governments and the citizens they serve lose an opportunity.

If governments are going to release data the most important thing is to release data in a way that is easy to understand from a legal perspective, preferably in a way that developers are already familiar with. There are already many licenses in use so inventing new licenses rather than releasing data under commonly understood mechanisms is a waste of effort on everyone's part.  As Chris Rasmussen spoke about at the recent OpenGovWest BC Conference, "We all think that our data is unique.  It's not true."

Unfortunately, many custom licenses currently in use today are often full of things that don't need to be there like, "you cannot break the law with this data" or "you can't say you're us".  I already know I can't break the law.  A disclaimer makes sense - but it doesn't need to be part of a license.  Being clear about preferences around attribution make sense, but these can go in a policy statement offered for clarity rather than in a license.

In my opinion, the best license is no license at all. It's just public domain. Many government organizations consider their open data as public domain but don't go that extra step and actually state it on their web site. That's unfortunate because it's by far the simplest and easiest and least expensive way to release data and by not stating it explicitly on the web site, developers are still left wondering if they'll get sued.

Herb's Ideal Open Data Declaration
* This data is in the public domain.
* It comes with no guarantees.

Please consult with lawyers that "get" open data.  See if you can go public domain explicitly rather than implicitly and or consider using the Creative Commons Zero tool, before liberating the data and see if you can work together to make data we can all use.
Posted by Unknown at 11:01 AM 1 comment: