The Power of Open 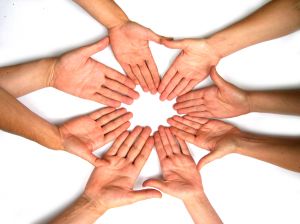 The OpenGovWest BC conference is now complete. The day was filled with amazing speakers, amazing speaking formats and amazing topics.

One of the highlights of the conference was the talk given by Nick Charney (@nickcharney) and Walter Schwabe (@fusedlogic) where they talked to the audience about participation, and as part of their talk unveiled a blog where folks in the conference were encouraged to participate in real time, right there, while they were talking. Now, days later, blog posts are still being generated on http://www.opengovnorth.ca by individuals and the enthusiasm is still present.

Nick and Walter took a risk. They put the idea out there, provided a place for it to happen and then made a simple request for participation. Though they are both accomplished bloggers they didn't tell people what to write, or how to write it, and they didn't try to control the conversation. They shared their ideas generously and provided a space for expression.

When skilled speakers like Nick and Walter encourage audience members share their ideas with each other in real time, while the talk is going on, they are engaging the participants in a vastly larger conversation. And when the talk they are giving happens to be about encouraging this type of engagement then they are really leading by example, in an almost recursive way.

They also weren't trying to promote themselves, or their organisations, or trying to take credit for anyone else's work or building their brand.

No, they were just there as Nick and Walter, a couple of guys encouraging us to take a chance and move a little closer to the edge. Giving us a gift, expecting nothing in return. Within minutes the site was crashing because the server had exceeded its capacity.

In a closed model, people focus on controlling the message and dictating top down what is supposed to happen. This model is built on fear and lacks trust and although many results can be and are generated this way, communities are not. Contrast this with what Nick and Walter created.

I agree with others who have remarked that this particular conference has taken us from a great idea to a movement. I think there are several reasons for this and I want to acknowledge the lead organizer, Donna Horn (@inspiricity), who just like Walter and Nick, used an open approach with her expertise in community building and leadership to support, encourage and then trust the conveners and speakers to create their own parts of the conference. And the result was a level of enthusiasm from the conveners and the speakers that spilled over to everyone else in the conference.

That’s how a community is created and that's the power of open.
Posted by Unknown at 11:15 PM 1 comment: