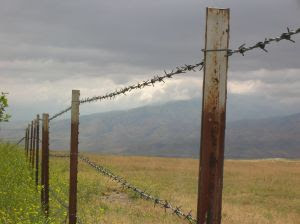 When data can't be released it's usually for one of two reasons, privacy or cost. Leaving cost for a future post, let's focus on the privacy issue.

We don't want our personal medical records released to the public for free or for cost, for example. Most people I talk to can agree on that. In fact, in BC, we have laws that state that personal information collected for one purpose cannot be subsequently used for a different purpose. There are exceptions, but that's the general idea.

Sometimes governments sell data to the public. Sometimes that data contains people's contact information. Sometimes it's about organizations or places. But, before it can be sold, this data typically undergoes rigorous processes and checks to ensure that no personal data is compromised.

For example, for $32 anyone can request a business name search from BC Registry Services to find out if a company exists . For "as low as $5,250" anyone can purchase a business site license for postal code address data from Canada Post. And, anyone can download a wide variety of key socioeconomic data from Statistics Canada - for a price.

How does this relate to open data? Well, sometimes, privacy is held up as a reason for why some data that is currently sold by governments, cannot be freely released as open data. As if, somehow, paying money for that data alleviates any privacy concerns. It doesn't, because there aren't any. If there were, not only could it not be made available as open data, it also could not be sold.

While there may be very good reasons why data that is currently for sale by governments cannot be made available for free, privacy isn't one of them.
Posted by Unknown at 5:17 PM 1 comment: