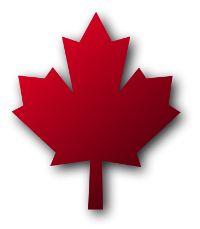 Some of the questions posed in the Canadian Open Government Consultation Submission required written responses.  Here are my responses:

question 1: "What could be done to make it easier for you to find and use government data provided online?"
To make data easy to find I would like to see all of the available data along with descriptive text, preferably one dataset per page, published on government web sites that can be indexed by Google.

To make the data easy to use, I would like to see the data published in open non-proprietary formats. The data should be addressable by URL, without any requirement to sign in or identify or be required to click on anything extra in order to download the data as these sorts of mechanisms are obstacles to performing repetitive automated tasks.

The data should be either released as public domain, or if that's not possible then it should be licensed under a legal framework that conforms with the open data definition posted on opendefinition.org. The Open Data Usability Index (ODUI) document at OpenDataBC also provides helpful information about how to make data more usable. http://www.opendatabc.ca/odui.html

question 3: "How would you use or manipulate this data?"
I would use the data to create analysis and visualizations that would help Canadians better understand their country. I would create value added applications that would help people to create businesses and jobs using open data. I would also try to help people use the data, by providing online tutorials and holding events that would encourage people to get involved. I would like to help create the incentives for citizens of Canada get more engaged and participate more with their governments (local, provincial, federal).

Specifically about Open Information, again, it should all be either released to the public domain or if that's not possible licensed using a license that conforms to opendefinition.org. It should not be given a different license than open data if you want people to be able to use it.

question 7: "Do you have suggestions on how the Government of Canada could improve how it consults with Canadians?"
I don't have a lot of ideas here other than make use of the available social media tools such as Twitter and Google+ to reach out to Canadians. I don't always agree with Tony Clement, but I do like the way he engages citizens. I would like to see more MPs do the same. Also, adopt social media guidelines like the Province of BC has, which fosters trust with its employees and allows them to engage directly with citizens.


question 8: "Are there approaches used by other governments that you believe the Government of Canada could/should model?"
As far as open data goes, the legal framework is a big deal and why I keep advising governments to work hard to get this part of open data right. Follow the example of the US or Australia or New Zealand or Surrey or Langley or Township of Langley or Winnipeg Transit.

In Australia agencies are supposed to go through a process in order to keep data closed. (There is currently no binding law to enforce this but the intent is there). This would be relatively easy to put in place in many jurisdictions as data is already routinely assessed for privacy concerns and treated accordingly. Determining if it should be closed would be just another check box, and since the vast majority of public data should eventually be open data, it makes sense to identify and document the much smaller set of data destined to be closed.

I think there is an unintended side effect of the way open data is being rolled out in some jurisdictions. Public data that was once generally considered usable ( financials, stats, directories, registries, codes, inspection data, schedules ) are now considered not usable because they don't have explicit permissions associated with them. When they do get an official license applied to them, their new explicit "open" status can be significantly more restrictive than the implicit understanding prior to the movement.

Also, governments often set up a new agency that identifies data citizens can use and place it in a catalogue, and anything that's not in the catalogue then has a mysterious cloud over it by contrast, even if it was formerly considered public. Depending on how fast this new group can get through the relevant data to catalogue it, citizens could feel they have significantly less data than they had before the official process.

Everything already on the internet should just be open licensed.

question 9: "Are there any other comments or suggestions you would like to make pertaining to the Government of Canada's Open Government initiative?"
Thank you for taking the time and putting effort in to address this opportunity and to consult with citizens. I think we, as a country, have a lot to offer the world in terms of leadership in this space. 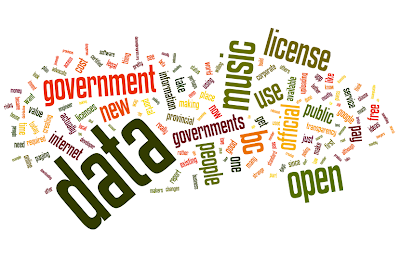 I find that the end of the year is a great time to reflect on the past 12 months and refresh the vision for the upcoming 12 months. It works well for me not only because of the changing year, but also because the holidays bring a brief window of downtime, which I like to use to, as Stephen Covey says, “sharpen the saw”.

Anyone who knows me knows that I am a avid supporter of open government and open data. My personal belief is that open government is what’s next for modern democracies. Public servants and citizens are starting to see for themselves the strategic advantage that openness represents, something that the open source movement has known for decades. As more politicians and high level public servants start to realize the positive effects that openness can have on their work and their personal careers we will see more adoption. Soon we will look back to this period and it will seem archaic for governments to keep critical decision making information from the people they serve.

My personal vision for 2011 was that by the end of the year people in BC would be more aware of open data. When we started 2011 most people I talked to had no idea what open data or hackathons were. Now, 12 months later, we have had 11 hackathons in 5 cities in BC, 350 hackathon attendees, several news paper and other media stories, we have a ministry with Open Government in its name, a provincial government that publishes open data and we've had 5,000 unique visitors to my OpenDataBC.ca site viewing 35,000 pages of content.

One of my heros, Seth Godin, popularized the term shipping which describes the act of completing a project, getting something out the door or delivering something. It doesn’t matter if it was a hit or not, or whether it was perfect or not. All that matters is that it is done.

Here’s a partial list of things I shipped in 2011:
I was very honoured to be able to work on these projects with so many great people in 2011.  I worked on many other projects as well, some of which are not complete so they’ll be my 2012 list. :)