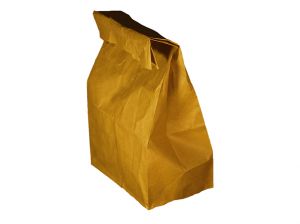 Today the British Columbia Provincial Government launched a new Open Data Portal, making thousands of our publicly owned datasets available to us including everything from employee salaries to historical school locations to Local Government Incorporation Dates to the data catalogue itself. As a citizen and taxpayer in BC and an open data advocate I am very excited to see my own Provincial Government take these steps toward innovation and transparency. I congratulate those public servants within the BC Government that understood the opportunity, recognized value and championed the cause.

These days, governments all over the world are starting realize the value of "open" but it wasn't so long ago that we were at the opposite end of the spectrum. As a public servant in the 1980's, employed as a junior data analyst, I personally produced the monthly report for the minister and deputy minister showing the basic metrics of the ministry I was working for. As part of that job I was required to produce 5 copies of that report and place them in brown paper bags and tape them closed. I would then personally attempt delivery to the recipients office. If the recipient or their assistant weren't there to receive the report, I was required to take the report with me and try again later.

Those same metrics are still being used today and were released today as part of the Provincial Open Data portal. It's striking how far we have come in such a short amount of time.

Although we have gone through a very opaque phase with our governments, the idea of governments being open and transparent is not actually new. Our own BC Government has been publishing the public accounts and other financial information for decades. They also produce a monthly publication called the British Columbia Gazette and have done so since the 1920's that is teeming with useful information about our province, from disposition of Crown Lands, to election results, to tree farm licenses to road name changes.

Technology has evolved since these publications were originally developed. Where at one time publishing this type of data on paper was about as usable as one could have imagined, these days its available electronically, and hopefully soon it will be included as part of the open data portal.

So, although openness and transparency aren't new, they were definitely forgotten, and as I like to say, we are now remembering the value of "open".

Congratulations and a big "Thank you!" to our public service employees and political leaders who are helping to make this happen.

Herb, it's advocates like yourself who share selflessly and partner to make these kinds of initiatives work.