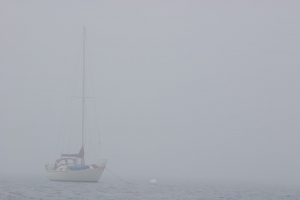 Yesterday while we were all celebrating the awesome work of the BC Provincial government, a very well respected Harvard researcher, software developer and open data advocate was arrested by the US Federal government on charges related to computer hacking, based on allegations that he downloaded too many scholarly journals that he was entitled to get for free.  He now faces a possible 30 years in jail.

I don't know Aaron, but I feel as though I do.  He writes brilliant software code and releases it to the world as completely free public domain software.  He advocates for open data and transparency and democracy in the US and he is a founder of demandprogress.org an organization dedicated to progressive policy changes for ordinary people.

How does this relate to open data and the new DataBC portal?


It's about the license.
License : official or legal permission to do or own a specified thing.
It's strange that we need permission to use our own data and information.  It's strange that we sometimes have to pay to use data that we have already paid to have created.
Being an open data advocate and application developer comes with a certain level of risk and anxiety.  We are actively trying to do things that have not been done before.  And unlike other areas where innovation takes place, we are innovating in an area involving strange legalities, usually as individuals with no corporate backing or protection, and the consequences of making a mistake can be severe.  There is a lot of uncertainty.  Although many of us are open source developers and thus are pretty familiar with copyright law, licensing and the jargon that goes along with them, very few of us are lawyers.
This is why we want governments to use standard licenses.

By choosing to invent a new license rather than use an existing one the BC Government has added to the uncertainty.  Yes, they based it on the UK license, but it's clearly not the same as the UK license, otherwise they could have just used that.

Because they chose to invent a license I spent several hours last night pouring over the license and comparing it to both the PDDL and the UK license to see where those differences are and to see what additional risk I might have to take on as a result.  Every developer I know will have to do the same thing now before they start using the data.

And that's the lost opportunity. People who get turned off by the custom license won't use the data, or won't bother coming to the hackathons, or won't bother creating that new app. It's just too risky. Sadly, we all lose. because as I understand it, the BC Provincial government is in this for the right reasons.  It's clear to me that they absolutely get it.  Innovative new ideas and applications will be generated as a result of this.  This increased transparency and engagement and collaboration with the citizens will build trust and goodwill and is good for the government and good for the people of BC.

From what I can tell, not being a lawyer, as a standalone license, the BC Open Government License is actually mostly good (check out unrest.ca for some of the details on issues with the license).  And, there are a handful of us, that will push through this licensing thing, grumble a bit, say "it's pretty good" because it is, and weigh our risks and move forward with our apps and visualizations and innovations.

BC is seen as a leader in citizen engagement and open data by local governments, other provinces and internationally.  Looking at what's going on in the rest of the world, particularly in the US, we are really very fortunate to live where we do and to have the public service and leaders that we have.

This is a first great first attempt, and as Christy Clark said in her excellent and encouraging video, this is very much a work in progress.  The license does have a version number, which to me implies that they are open to input, discussion and changing it if necessary, which is awesome.
Posted by Unknown at 11:24 AM