freedom debt and the decline of lock-in 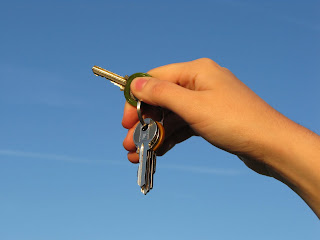 Early adopters are starting to notice there's a cost to cool when it's supplied by a single vendor.  At first it's all fun and games.  Then you realize that you no longer own your music collection, you no longer own your social network, and you no longer own your data.
Time after time we see organizations start out challenging the status quo, getting huge, abusing their user base, breaking trust, declining, and finally becoming the legacy they fought against.  Facebook innovated past MySpace, Microsoft innovated past the IBM mainframe and Apple innovated past the IBM PC.  Years later, Facebook's commoditization of users and user content,  Microsoft's crushing domination of the PC market, and Apple's rigid control over anything that comes into contact with its products, including the internet, are all examples of lock-in in action.
They all start with great innovations and intentions but eventually the temptation to use lock-in as a strategy becomes too much to resist.
It's the classic Innovators Dilemma.
To amass a huge user base, organizations start out providing something of value or at least perceived value.  That's what gets people to join up.  The more compelling and universally recognized the value is, the more users.  Having first mover's advantage is great here because it means there is no competition.
Once people have joined, there's a need to retain them as customers.
Option one is continuing to provide value over and above what their competitors offer.  Now that their competitors know what they're up to, it's only a matter of time before the innovation is imitated and possibly exceeded.  Continuing to innovate (taking risks) after they've already captured an audience can be difficult and something that doesn't come natural to large organizations.
Option two, which is what most organizations default to, is the strategy of intentional 'lock-in'.  Lock-in is the practice of structuring the customer relationship so that it's difficult or impossible for users to switch to another vendor.  Such as holding user data hostage so that it can be entered but not retrieved, or preventing people from moving their purchased music to another platform.  Creating a walled garden environment, so if you want to play, you have to play within the walls, and leaving means leaving your toys behind.  These are just a few of the tactics used to discourage people from using their freedom of choice.
Notice there's a common thread in option two: none of these tactics are in your best interest.  They are in the best interest of the organization.
Jim Zemlin said it well at LinuxWorld a couple of years ago.  He likened using a certain well known set of products as volunteering to go to jail.   He pointed out that the  Jail looked a lot like a 4 star hotel room with video on demand, a great view, was clean and neat, and that most of us would find to be rather luxurious... but it's still a jail.
Freedom Debt
By offering you something shiny now, organizations get you to give up a bit of your freedom in the future.  "Take this shiny phone.  It's free", they say. "Don't concern yourself with where your data is stored; we'll take care of it."
Right.
As we continue to wake up to what lock-in means and to become aware that what we are doing when we choose products and vendors that lock us in is essentially borrowing freedom from the future, I think we'll start to make different choices.
The New Organization
The trends around open source, open data, open government, open protocols, open API's and open communications, indicate that more and more organizations are recognizing that people are aware of the consequence of giving up their freedom.  These organizational models point to lock-in as something to avoid, and use it as a lever to distinguish themselves from the legacy organizational models they disrupt.
This not only makes those organizations more competitive, it also means their goals are more aligned with ours, and gives us something more valuable for the dollars or attention we give in return.
And the big upside for them is that openness and our knowing we can leave at any time builds a kind of trust and loyalty that the old model can't hope to compete with.
Posted by Unknown at 9:41 PM

Quickbooks is one of the most popular tools that's been used by both small and medium scaled companies, recording all the data, receipts, accounting needs. Yet this application is also prone to many Quickbooks error, If you face any error relating to the installation of Quickbooks, you can download and install Quickbooks Install Diagnostic Tool
to rectify your errors.