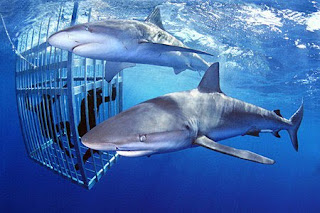 Like most people, I was a bit surprized with Facebook's recent changes with regard to privacy.  I don't think they have done anything wrong, but as a user I allowed myself to be lulled into a false sense of security.  Like most people, I believed that they wouldn't mess with the privacy settings of my account much, allowing me to control who got to see the personal information I put on Facebook on my terms.  I had agreed to their user agreement which stated they could change the terms at any time, but I didn't really pay attention to that fine print.

When they made the more recent change to allow my friends graph and my content to be harvested I realized something.  Not that Facebook is evil or bad, but that they offer a service that I thought was one thing, but it is something else.  I thought it was a way for me to connect with my friends and share my data with them, but actually it is a way for Facebook to profit from our personal data.  Or, as Tim Spalding so eloquently put it, "Why do free social networks tilt inevitably toward user exploitation? Because you're not their customer, you're their product."

For me it's not a big deal that my Facebook content is now available to anyone, I don't store anything particularly private there anyway.  But now, my behaviour has changed and I find myself using it even less than I did before.  Not so much because of the loss of control over my data or the fact that they didn't give me a cut, but because this is a company that is volatile with respect to its user policies.  Frankly, I just don't want to put in the time required to keep up with their changes.  So, I take my privacy into my own hands and limit what I place on Facebook.

On the other hand, I find the recent changes to Facebook pretty exciting.  I think an awesome opportunity has opened up now for a service to emerge that allows people to connect with their friends and at the same time protects their privacy.  400 million facebook users sharing information is a testament to the fact that people want to connect online.  The recent outcries and Facebook account deletions point to the fact that people also value privacy...i.e., there is clearly a market for connecting AND protecting privacy.

Facebook doesn't offer that service, but until now people were not sure if they did or they didn't.  And that ambiguity prevented other firms from offering that service because competing with Facebook was just a non-starter.  Now, thanks to Facebook's recent changes, it's clear.  They don't.

And in that gap between what people want and what is available, lies opportunity.

It's now clear, Facebook is not in the privacy business.  By stepping out of the way they make room for others that want to offer privacy as a key value proposition.

Personally, I would like to see a new type of social platform emerge.  Something taking ideas from status.net and webfinger and Diaspora.  I want a distributed social platform that I can host with any hosting provider that would allow me to connect with my friends. The difference is, I own it.  So long as my friends and I  have this system installed somewhere, our systems would talk to each other seamlessly.

This way we would not be dependent or at the mercy of any one vendor or their privacy policy changes.  We would be able to move our accounts to another host of our choosing, anytime we want, and we would be able to lock down or even delete data any time.

The software would be free and open source as well.  If anyone wanted to add some functionality or just contribute, that would be possible too.  Think self-hosted WordPress, but with social networking instead of blogging.

Rather than one massive "walled garden" users would each have their own garden in a community with other garden owners.  They would be able to share their data with whomever they choose.

I am grateful to Facebook and everything it has done to connect people.  It's truly an awesome service.

Ultimately though, it IS my data.  And I still want to share it on my terms.
Posted by Unknown at 1:59 PM