OpenDataBC: Toward A Data Usability Scale 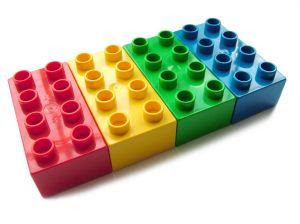 I am currently involved in a project named OpenDataBC.  OpenDataBC is an open platform for government data sets and APIs released by governments in British Columbia.  It makes it easy to find datasets by and about government, across all levels (provincial, regional, and municipal) and across all branches. The catalogue is both entered by hand and imported from multiple sources and is curated by our team of volunteers.

Being a site called "OpenDataBC" you would think it would be pretty straightforward to put such a site together. Take the available catalogues from Nanaimo, Vancouver and the province and stick them together and voila, a catalogue is born. But, it's actually not that easy. The site is named OpenDataBC because we wanted to pay particular attention to "Data" that is "Open" that originates in or is about "BC", and for that we have to be a bit more careful about how we put it together.

The definition of "open" as it relates to data is still evolving at a rapid pace.  In it's ideal form what we mean by open data is:


Open data is data that you are allowed to use for free without restrictions.  Open data does not require additional permission, agreements or forms to be filled out and it is free of any copyright restrictions, patents or other mechanisms of control.

By this definition, there is very little open data available today.  Rather than soften the definition of open we think that it's useful to promote the use of data that's been released while acknowledging data that is more open (doing the right thing) while at the same time encouraging the data that is less open, to evolve.

Our goal is ultimately to facilitate the process of making more BC data available in a form that people can use. To that end OpenDataBC will highlight the most usable datasets that we can find.  For that we need some sort of usability ranking or scale, which right now does not exist, so we are inventing it. Here I present the following questions as questions to consider when assessing the usability of data being released. It's a starting point and we expect it to evolve.

3. Is it published in an open format?
From wikipedia: "An open file format is a published specification for storing digital data, usually maintained by a standards organization, which can therefore be used and implemented by anyone. For example, an open format can be implementable by both proprietary and free and open source software, using the typical licenses used by each. In contrast to open formats, proprietary formats are controlled and defined by private interests."

4. Is it free?
In this context, I mean am I free to use this data however I want?  Can I use it to produce a product that I sell?  Can I combine it with other data and publish it?  Can I sell a copy of it?  Data that puts any sort of restrictions on the ways in which the data can be used, or imposes any conditions or constraints on the user, is not free.  For example, if  I have to enter into an agreement to use it, it's not free.

5. Is it released under a common license?
Data that is released under a common license, such as the Creative Commons license or the Open Knowledge Definition are preferred over licenses created by the party releasing the data because licenses are hard to understand.  The more time people have to spend understanding the license in order to use the data, the less usable the data is.  Common licenses address this problem because once the license is learned for one dataset that license is understood and can be applied to other datasets released similarly.

6. Is it provided without a fee?
The data needs to be available at no cost to the user.  If it costs money, it's less usable and it's not open data.

8. Is it timely?
The data should have the most up to date information as soon as it is available.  Ideally the data is available as an updated feed or at least updated on a regular schedule.  If the data is a feed, it should be available in as near real time as possible.

The plan is to add to this list and to refine the questions as we move along and gain experience with it. By applying a standardized set of questions to ask, users who come to the site will be able to easily determine what they might be up against if they want to use data in the catalogue. More usable data will thus be featured more prominently and less usable data will be identified as such so the issues that are contributing to it's less usable status can be addressed.

Please let me/us know if you think we're missing something or of something here needs adjusting.
Posted by Unknown at 12:24 AM

Such a very useful article. Very interesting to read this article. I would like to thank you for the efforts you had made for writing this awesome article.
Data Science Course in Pune
Data Science Training in Pune

Very interesting blog. Many blogs I see these days do not really provide anything that attracts others, but believe me the way you interact is literally awesome.You can also check my articles as well.

It was good experience to read about dangerous punctuation. Informative for everyone looking on the subject.
Data Science Course in Bangalore

Excellent work done by you once again here. This is just the reason why I’ve always liked your work. You have amazing writing skills and you display them in every article. Keep it going!
Data Science Training in Bangalore

Awesome blog. I enjoyed reading your articles. This is truly a great read for me. I have bookmarked it and I am looking forward to reading new articles. Keep up the good work!
Data Science Institute in Bangalore

I just found this blog and hope it continues. Keep up the great work, it's hard to find good ones. I added to my favorites. Thank you.

Truly incredible blog found to be very impressive due to which the learners who ever go through it will try to explore themselves with the content to develop the skills to an extreme level. Eventually, thanking the blogger to come up with such an phenomenal content. Hope you aarrive with the similar content in future as well.

Extraordinary blog went amazed with the content that they have developed in a very descriptive manner. This type of content surely ensures the participants to explore themselves. Hope you deliver the same near the future as well. Gratitude to the blogger for the efforts.

Found your post interesting to read. I cant wait to see your post soon. Good Luck for the upcoming update. This article is really very interesting and effective, data sciecne course in hyderabad

Tremendous blog quite easy to grasp the subject since the content is very simple to understand. Obviously, this helps the participants to engage themselves in to the subject without much difficulty. Hope you further educate the readers in the same manner and keep sharing the content as always you do.

I am really enjoying reading your well written articles. It looks like you spend a lot of effort and time on your blog. I have bookmarked it and I am looking forward to reading new articles. Keep up the good work. data science training in Hyderabad


I'm really thankful that I read this. It's extremely valuable and quite informative and I truly learned a great deal from it.

Additionally, this is an excellent article which I truly like studying. It's not everyday I have the option to see something similar to this.
Data Science Course In Bangalore With Placement

First of all, you have a great blog. I will be interested in more similar topics. I see you have some very useful topics, I will always check your blog thank you.

I am very happy to have seen your website and hope you have so many entertaining times reading here. Thanks again for all the details.

I found Habit to be a transparent site, a social hub that is a conglomerate of buyers and sellers willing to offer digital advice online at a decent cost.

It's hence the right time for you to ride the growth and build a career that you will be proud of. data science course syllabus

Nice Information Your first-class knowledge of this great job can become a suitable foundation for these people. I did some research on the subject and found that almost everyone will agree with your blog.
Cyber Security Course in Bangalore

Writing in style and getting good compliments on the article is hard enough, to be honest, but you did it so calmly and with such a great feeling and got the job done. This item is owned with style and I give it a nice compliment. Better!
Cyber Security Training in Bangalore

I really appreciate the writer's choice for choosing this excellent article information shared was valuable thanks for sharing.
Data Science Training in Hyderabad

Excellent Blog! I would like to thank for the efforts you have made in writing this post. I am hoping the same best work from you in the future as well. I wanted to thank you for this websites! Thanks for sharing. Great websites!

Wow! Such an amazing and helpful post this is. I really really love it. It's so good and so awesome. I am just amazed. I hope that you continue to do your work like this in the future also.
Artificial Intelligence Course

I have to search sites with relevant information ,This is a
wonderful blog,These type of blog keeps the users interest in
the website, i am impressed. thank you.
Data Science Course in Bangalore

I have to search sites with relevant information ,This is a
wonderful blog,These type of blog keeps the users interest in
the website, i am impressed. thank you.
Data Science Course in Bangalore

Now is the perfect time to plan for the future and now is the time to be happy. I have read this article and if I can I want to suggest some interesting things or suggestions to you. Perhaps you could write future articles that reference this article. I want to know more!

This is an excellent article. I like this topic. This site has many advantages. I have found a lot of interesting things on this site. It helps me in so many ways. Thanks for posting this again.

mua ve may bay di my