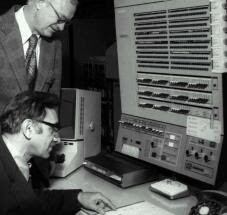 IBM used to sell mainframe computers where if you wanted more functionality, they would send an IBM technician to install a huge hardware module in your computer.  It was a closed controlled system and IBM could basically do whatever they wanted in terms of making hardware available and the way they decided to go was closed.  If you wanted that extra functionality, there was only one place to get it.  IBM.

Fast forward 50 years.  It seems a lot of developers are frustrated by the new Apple license changes.  It's getting more closed than before.  It’s easy to get frustrated when the rules change and it seems like you don’t have any say in how that goes, but, ultimately, that's the nature of a closed platform.  It's not a democracy; Apple makes the rules.

You can however choose whether or not to support it with your dollars, your attention or your time.  Closed works for Apple, and I love what Apple has done with mobile applications, music distribution and video rentals so I do spend some of my dollars there.

Ultimately though, I support open platforms because I think in the long run, they work better, they scale better, they cost less and they are the right thing to do.  That's why I choose to spend a lot of my money, attention and time working on Android and Linux and evangelizing open source, open data and open government.